How long are dogs pregnant? Pregnancy in dogs is also called the gestation. On average, the gestation period lasts up to 9 weeks or approximately 63 days.

Are you expecting your dog to be pregnant?

Or does your dog experience vomiting, loss of appetite, sudden decrease in activity? Are these signs of illness or signs of pregnancy?

There are many factors that a dog owner has to consider about the dog pregnancy. From the signs and symptoms of pregnancy to the proper care that the pregnant dog needs and of course, how long would the pregnancy of the dog be?

For some, these questions have already been answered due to past experience, but for dog owners who have female dogs who will experience pregnancy for the first time, it is interesting and important to know these factors.

Is my dog pregnant? 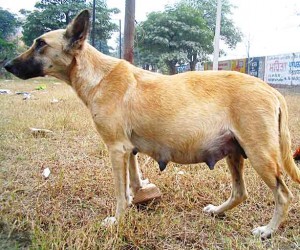 These might be the reasons why you have arrived in asking, “Is my dog pregnant?”

Your mom-to-be could probably be feeling nauseous. Like people, they may also experience morning sickness during early pregnancy. A female dog is more likely to lose her appetite and eat very little. However, she may not do much vomiting.

Her appetite will increase when she gets over nausea.

Typically your dog’s nipples will get noticeably larger and darker. Breast material will eventually develop beneath the nipples and will increase as it is prepared for milk production later on.

You may also notice that your dog’s nipples become a little pinker; this is due to the increased blood flow to the area.

Changes in behavior may vary from one becoming more affectionate or clingy. Others may also show a little grumpy.

These are the common signs of pregnancy on dogs, but there are times that even if your dog experiences any of this, there might be false pregnancy or pseudopregnancy.

Pseudopregnancy or also called phantom pregnancy is when there is a display of maternal behavior plus the showing of physical signs of pregnancy following the phase of heat.

Regardless of whether or not your dog has been mated, she may exhibit false pregnancy.

Your female dog undergoes the phase of estrus wherein hormones will start to be produced regardless of pregnancy or a false one.  These hormones are responsible for the preparation of the uterus that will receive the fetuses to maintain pregnancy.

If indeed your dog is pregnant, the production of hormones will continue until shortly before the birth of the puppies. If otherwise, the hormone levels will start to decline after 4-6 weeks.

The cause of having false pregnancy is the increased levels of circulating hormones. What happens when the hormone levels of the non-pregnant dog are that they send signals to the body that stimulate false labor and mammary gland development.

The symptoms of false pregnancy will subside in about 14-21 days.

One of the first signs of dog pregnancy is the loss of appetite. Though this is not for everyone since some may only eat less during the first few weeks of gestation and will usually make up for it in the latter part of gestation.

Some of the pregnant dogs may, on the other hand, have an increased appetite.

In detecting pregnancy of your dog through these signs, the means to be sure if indeed your female is pregnant is to visit the veterinarian.

So how does your veterinarian do the check-up to confirm if your female is pregnant?

Ultrasound is the use of non-invasive sound waves to detect the heartbeats and basic shapes of the unborn puppies. Ultrasound testing could detect pregnancy from around day 20-25 of pregnancy.

Aside from ultrasound, this can also be done to confirm pregnancy but not advisable before the 45th day of possible pregnancy because of the harmful effect that radiation could give to the unborn puppies.

Through this method, the developing skeletal system of the puppies could be detected.

This test could be given to your female to confirm pregnancy by detecting the development of certain hormones such as relaxing.

The first week includes the Ovulation, which is considered the Day Zero. Mating will then occur and if successful, as your female dog accepts the male. When the sperm already reached the ovum, and a fertilized egg is formed, then gestation begins.

Gestation starts from the moment the female’s ova are fertilized by the male spermatozoa, which will then produce a fertilized egg. This fertilized egg is the first component of a new life.

From an embryo, it is up to the 35th day of gestation and then a fetus and the future puppy will be in the final third of gestation.

As the first weekends following the fertilization, the embryos which are formed in a high part of the uterus will then transfer to the uterine horns and float and move around within the uterine liquid.

As Day 8 starts the second week, your female’s heat has come to an end. The embryos are well-protected in the uterus membrane and will not come to any harm.

During the 16th day, the embryos become embedded in the lining of the uterus, their niche for development and growth. Progressively, they are enveloped in a protective membrane that provides them with the necessary supply of nutrients.

The placenta, called the transient organ, will be expelled at birth.

At Day 22, from the embryo, the ears begin to be formed. On the 25th day, by performing an ultrasound, your veterinarian can now establish a reliable diagnosis. He can now give you an idea as to the size of the litter and may detect abnormalities.

To confirm gestation, a blood test can also be done by your veterinarian by checking the level of hormones in the blood of your female. The presence of the hormone relaxin is proof that your female is pregnant.

At the 32nd day, the embryos develop further and the eyelids may already appear.

The 35th day ends the first stage of gestation which is called embryogenesis. AS it ends, the organs are now beginning to form and the fetus is already developing though not yet complete.

During the fetal stage that almost three-quarters of the puppies birth weight is acquired by the fetuses.

From the week, the development of the fetus speeds up. The fetus gain weight and their skeleton are developing. The nutritional requirement of your female dog will change as she needs a diet with higher energy, protein and mineral content.

Though it may sound contradicting, your female might also lose her appetite. It is this time what you have to start giving her a certain Food program for optimal nutrition. The program should include palatable, high in energy content and very easy to digest.

Changing your female’s diet should be managed progressively, over a period of one week.

During this week, the puppies are continually developing and pigmentation develops. The eyes already have lids yet remained sealed until approximately ten days after birth.

At this point, your dog is noticeably more uncomfortable. Vomiting may occur occasionally due to the extra pressure against her stomach. There may also be clear fluid discharge from her vulva and this is normal.

In this stage, puppies are already well-developed and begin to attain size in preparation for birth. There may be some movements that can be seen or felt from your female’s abdomen.

Your female’s breasts are well developed and could already contain a bit of colostrum or the first milk. Your female dog may noticeably become tired and may begin searching for a place to whelp.

At this point, you must be prepared with the whelping box.

The puppies have now developed fur and are now crowded in the uterus; you may notice a lot of activity as they get into position for the coming birth. You may observe that your female is now starting to dig the bedding in the whelping box.

The digging of the bedding is a natural “nesting” behavior. At this point, you should allow your female to feed freely as she is able.

The puppies are now ready for birth and may be quite still as they rest in preparation for the birthing to occur. Your female may appear uncomfortable and restless and anxious. You may now start in taking a rectal temperature reading in the interval of 12 hours.

A temperature of near 97 degrees Fahrenheit held for two consecutive reading is an indication that labor will begin within the 24 hours.

Once gestation has started, your preparation for the upcoming puppies is important, taking into consideration the stages of dog pregnancy, you will have a good grasp on how and what you should be preparing for the pregnancy stage up to birth and even after birth.

In preparation for this, you need a whelping box for the delivery to take place in. Taking in temperature is important.

Prepare plenty of hand towels for cleaning of puppies as they are delivered by your female. Also, you need to prepare a clean pair of scissors with alcohol. Keep them handy in case your female doesn’t cut the cord herself.

This is a stage where you may observe your female becoming restless and may also refuse to eat.

The active pushing stage; puppies begin to emerge at this stage. There is one placenta for each pup which may be expelled with the pup or retained until the next set of contractions.

Your female may rest for about ten minutes before pushing out the next puppy, but sometimes she can do it quicker. If she strains for more than an hour without passing the next pup, you may call your veterinarian for help.

When the puppies have been delivered, the mother will settle down and focus on taking care of her puppies. Give the food that will regain her strength and help her to make milk for her puppies.

Your female’s vulva will continue to discharge blood for several days after birth but the amount should lessen each day until it ceases altogether.

Having completed the delivery, it is now your female’s job to care for her puppies and your job is to monitor both the health of the mother and the puppies.

A visit to the veterinarian within 24 hours of delivery would be good so that your dog will receive appropriate aftercare including antibiotic against infection.

You may check this video, Stages of Pregnancy in Dogs. 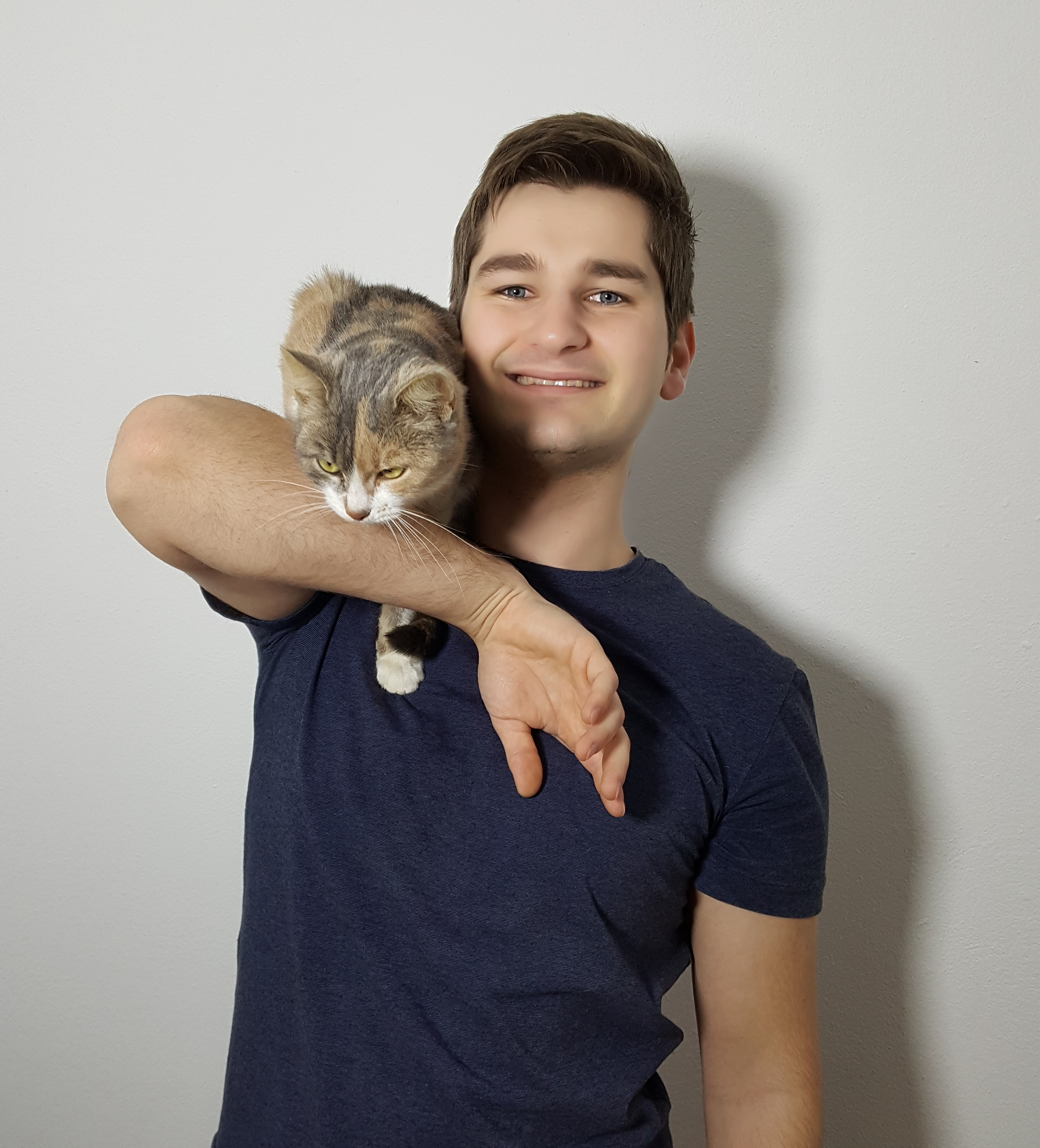 Though most would say that they are more of a dog person than a cat person, some would still prefer...