Before we dwell on the process of breeding dogs, the very first step that one should take is to have knowledge with the important matters to consider breeding. This would include the breed of the dog that you want to have.

To guide you in the selection of your dog breed, you should also consider the purpose why you want dogs to reproduce. Will they become your working dogs like guard, police or search dogs?

Or will they be your pets or show dogs? Thus, knowing also the genetic background of the breed you want to have is a must.

Knowing the breeding timing in dogs is also important. This is to ensure that you know when to maximize the fertility period of your pet for a better result.

Also, aside from these, you also have to prepare for the puppies that will soon come out if the breeding process would be successful. It is more than preparing for the process itself but for a commitment to taking care of the puppies.

So this would be the basic knowledge and reminder that you should have before you breed dogs.

A. How to breed dogs 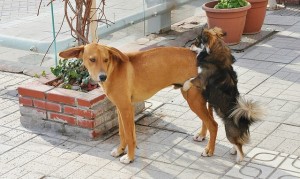 In selecting a suitable mate for the animal, it is necessary that you pay attention to the genetic make-up of both. By tracing the bloodline or the genetic history of both, you may now have an idea if it would yield puppies with the qualities you want.

Also, giving importance to the physical characteristics of the mating partners, it is necessary that both of them are healthy and fit, free from any physical deformities.

It is necessary and fitting that the mating partners are of appropriate breeding ages to ensure that both are healthy and mature to reproduce. Especially considering the age of the dam to make sure that she can already bear the stress of having puppies.

Pre-breeding check-ups include screening for genetic problems, physical examination, treatment for parasites and vaccination. These will ensure the overall health of your pet for better conditioning for the breeding process.

Waiting for the dam to be in heat is the first step for the dogs to mate. The dam will then show signs like its genital area will begin to swell and discharge, giving off a strong odor which the stud will react strongly to.

When the dam is already showing these signs, then it is in the period of proestrus. After 9 days or on the 10th to 14th day after the onset of proestrus, then you may now let the stud in the pen with the dam.

A tie is a part of the breeding process. It is when the bulbous gland is of the stud’s penis swells inside the vagina of the dam. This is when they are virtually locked together for at most, 30 minutes. During this time, ejaculation has taken place.

When you see that the breeding mates are in this position, do not separate them because this might hurt both the stud and the dam which may cause a failed breeding process.

When you are already sure that the dam has been bred, you may now remove the stud in the pen.

When this process has already been done, how would you now know that your dam is expecting to give life to puppies soon? Dog Care: Signs of Pregnancy.

In 2014, the American Kennel Club announced the Top 10 Dog Breeds of 2014. It is arguably as some would say what the best dog breeds are. But here are some of the honorable mentions that are always present when we speak of the best dog breeds:

Known as Labrador or Lab, is bred to be a friendly companion and a working dog. They are bred for physically demanding jobs. And they have the high energy to fulfill they’re being a working animal.

It is registered in American Kennel Club as America’s number one breed. They are described as warm and intelligent. 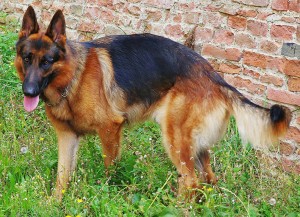 A German shepherd is affectionate and devoted to his human family. This breed is also known to be versatile and intelligent.

This companion, however, is not for those who are always away from home. German Shepherds get bored and anxious when left alone. He must be kept busy learning, playing and working. It is necessary to give it daily exercise.

Beagles’ appearance is the same as a foxhound as it is a member of the hound group. It is a type of small to medium-sized dog. They are known for their great sense of smell and tracking instincts that’s why they are mostly considered as detection dogs.

Poodles are intelligent, funny and lively. They are attention-seekers and love to be with you all the time. Originated from Germany, this breed is a water dog type.

It is an active, intelligent and elegant animal. This breed requires both physical and intellectual kind of activities. They are highly trainable dogs.

Bulldog is a medium-sized breed of dog which is a muscular, heavy with a wrinkled face and a distinctively pushed-in nose. It is usually characterized by wide head and shoulders.

Most of this breed has a friendly, patient nature. Bulldogs are known to be family pets because of their capability to get along with children.

Large sized dogs are sometimes intimidating and scary, but large breeds are still great to consider.

Labrador Retrievers should be as long from the withers to the base of the tail as they are from the floor to the withers.

They have a domed forehead, a long square-cut muzzle, and a black nose. The jaws are strong, with a scissor-like bite. The eyes are medium-sized and brown with a lively, intelligent and self-assured look.

It is bred as gun dogs to retrieve shot waterfowl such as ducks and upland game birds during hunting. 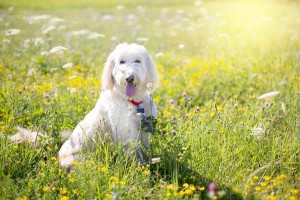 Also is called Puddle, Caniche, and Barbone. It originated from Germany and standardized in France.

Traditionally, the Standard Poodle, the largest of the subtypes, was a retriever or gun dog, used in particular for duck hunting and sometimes upland bird hunting.

Its color varies from black and tan or black and mahogany.Its life span is 8-10 years. 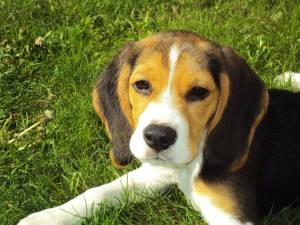 Its country of origin is England. Male beagles usually weigh 22-25 lb and female beagle weighs 20-23 lb. Its height is from 13-16 inches.

For its coat, it is a short haired, hard coat of medium length and a tri-color or white in combination with black & tan/brown or brown/tan.

Yorkshire Terrier was developed in the 19th century in the country of Yorkshire in England to catch rats in clothing mills. The defining features of the breed are its maximum size of 7 pounds and its gray, black and tan coat.

Ideally, it is described with a carriage very upright and conveying an important air. Even if they are small, they are active, overprotective, curious and attention seeker. Mentally sound and emotionally secure ones.

They make ideal companions for older families with many more reputable breeders routinely only homing to families with children older than about 8 years for the comfort of the dog, but more so for the benefit of the child.

They are also characterized as easy to breed and is nicknamed as Yorkie.

There are many nicknames for this breed like Teckel, Dackel, Weenie Dog and others. Like most dogs, it originated from Germany.

It is characterized as a short-legged, long-bodied belonging to the hound family. The standard size dachshund was bred to scent, chase and flush out badgers and other burrow-dwelling animals, while the miniature dachshund was developed to hunt smaller prey such as rabbits.

They have a silky coat and short featherings on legs and ears. It has skin that is loose enough not to tear while tunneling in tight burrows to chase prey.

This breed of dog has a wrinkly, short-muzzled face and curled tail. It has a fine, glossy coat that comes in various colors. It also called Chinese pug, Dutch bulldog, Dutch mastiff, mini mastiff, mops and carlin.

Talking about temperament, it is often characterized as having much in little. It has a remarkable personality despite its small size. Pugs tend to have a lazy nature and spend a lot of time napping.

The kind of poodle which belongs to a small breed is the miniature poodle. Poodles are bred in a variety of sizes, distinguished by adult shoulder height. The exact height cutoffs among the varieties vary from country to country. 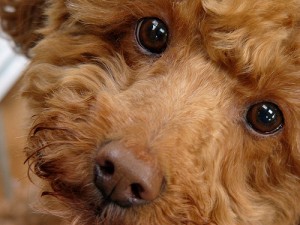 Teddy bear dogs are said to be designer dogs. These teddy bears are a hybrid of two or more breeds. Commonly, they are bred to be loving and hypoallergenic; they started out to be therapy dogs.

One type of this hybrid dog is the Shichon. A mixed breed and known as a teddy bear dog breed are the Shichon. It is a cross breed between Shih-Tzu and Bichon Frise. Since it is not a natural breed, for you to understand the temperament of this breed fully, you have to know the characteristics of its cross and understand that you could both have these characteristics.

There are indeed a variety of breeds to choose from. They vary in sizes and colors. They have unique characteristics as well. Depending on your need, whether you consider them as family pets or working dogs, it is most important that we extend our care and love to them in a special way.

There you have them, from natural to mixed breeds. It does not matter what breed of dog you choose, but similarly and generally, they deserve your attention, time and care. So you can choose from A-Z! 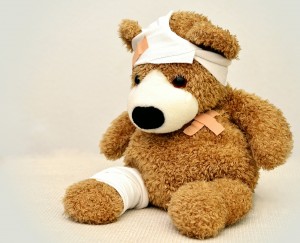 Healthy Pet Systems is a website for people who love and care for their pets.

We will help you keep your pets healthy.

To do that we research everything thoroughly and give you

If you would like us to help you join us

This website uses cookies to improve your experience while you navigate through the website. Out of these cookies, the cookies that are categorized as necessary are stored on your browser as they are essential for the working of basic functionalities of the website. We also use third-party cookies that help us analyze and understand how you use this website. These cookies will be stored in your browser only with your consent. You also have the option to opt-out of these cookies. But opting out of some of these cookies may have an effect on your browsing experience.
Necessary Always Enabled
Necessary cookies are absolutely essential for the website to function properly. This category only includes cookies that ensures basic functionalities and security features of the website. These cookies do not store any personal information.
Non-necessary
Any cookies that may not be particularly necessary for the website to function and is used specifically to collect user personal data via analytics, ads, other embedded contents are termed as non-necessary cookies. It is mandatory to procure user consent prior to running these cookies on your website.
SAVE & ACCEPT