Wanna see the rudest dogs in the world? Here is the list of top 10 rudest dog breeds in the world. As you will see these breeds do whatever they want and won’t listen to any owner.

The rudest dogs are:

I have singled out ten dog breeds based on the previously mentioned characteristics. These dogs just don’t care about the rules of humans.

Now let’s see a list of top 10 rudest dog breeds in the world.

I made a research and concluded which are the world rudest dog breeds. If you are looking for a good and obedient doggy then you certainly wanna skip this breeds.

These articles contain great info so make sure you check them. Ok now let’s get back to the list. Shall we?

Catahoula Leopard Dogs are working dogs that tend to be very decisive in everything they do. Most often, they used to hunt wild boars, as well as guard livestock.

These dogs dislike strangers, dislike other animals, and although they will look after children, they have no wish to act as nannies.

They require a stalwart and consistent leader who will act as the authority figure.

They think for themselves, work hard, and according to research, they run away from home 1.2 times per month on average.

They’re not the best dogs for beginners.

Along with their independence, Anatolian Shepherds tend to be stubborn as well.

They’re not overly friendly toward anyone, and you need a lot of time and dedication to make them great pets.

They will always be independent and proud.

According to research, Anatolian Shepherd Dogs run away from their owner 2.13 times a month on average, which makes them the dogs that most often run away.

While they’re easy to train, they will decide for themselves when to execute the commands.

The Sharplaninac is an independent shepherd dog that likes to keep busy. Although they look kind of fearsome, these dogs don’t attack without reason.

It’s primarily their stubbornness and independence that brought them to this list.

Yugoslavian Shepherd dogs think for themselves and do what they feel like doing, not what you tell them to do.

If you own one of these dogs,…

…even if you’ve trained them well, you shouldn’t expect them to be obedient all the time. Sharplaninac dogs have one master whom they trust and listen to the most.

They’re not suitable for indoor living.

They require a lot of physical activity, and without sufficient stimulation, they…

The Weimaraner is a large hunting dog.

In the past, and even today, they have primarily been hunting dogs. As such, they possess hunting dog characteristics and extremely pronounced hunting instincts.

Still, they are also excellent family dogs with a lot of demands. Which ones?

The most prominent demands these dogs have are exercise and company. Unless you can afford them a lot of physical activity, they become nervous and destructive.

…they become very anxious dogs, and once again, destructive.  Out in the open, their hunting instincts become apparent.

Weimaraners will chase after everything…

…from animals to bicycles without much second thought. They require constant training and an active family…

…that will spend a lot of time playing with them.

Dalmatians are known for being incredibly energetic throughout the day, which makes them too challenging for beginners, but even for some experienced dog owners.

The reason they find themselves on this list is that with insufficient physical stimulation, they can become extremely anxious and destructive.

Some particular dogs of this breed might also have problems with:

After experiencing a massive surge in popularity thanks to the film “101 Dalmatians,” people started breeding them too rapidly and unselectively.

If you get one of these dogs, be ready for a lot of activity!

The Chihuahua is a small but brave dog. Even though they’re known as the smallest dogs in the world, they likely have the hugest personality! Why?

Their bravery is such that they will stand up to anyone, regardless of their size or strength.

They love competing in dog sports. They will get very attached to one person and listen only to them.

Why are they on the list of the rudest dogs?

Owners state that Chihuahuas are the single most destructive out of all the dog breeds, and cause the highest amount of damage in the house.

Chihuahuas aren’t dogs that like spending their lives closed up and alone.

One needs to dedicate time and make an effort to be entertaining, so their Chihuahua doesn’t get…

The Chow Chow is a famous, proud, and independent little lion that needs a lot of time and attention to become a great pet.

These dogs are fiercely independent by nature, and their owner shouldn’t allow them to become leaders.

Along with their self-reliance, Chow Chows are quite stubborn and refuse to listen.

The Dachshund is a small hunting dog known for its distinct look and long back. Although they’re small and cute, they possess some traits that make them rude. Which ones?

Their stubbornness makes them less obedient than most other dogs. If they don’t find you entertaining, they’re not going to listen to you.

They also have a pronounced hunting instinct and often run after things they find interesting without a second thought.

They didn’t only serve as hunting dogs, but also for attack.

Various toys and other things they can reach in the house, they’ll try to destroy in the shortest possible amount of time.

If they are bored and insufficiently stimulated, they’ll be very destructive.

Fox Terriers, as their name suggests, primarily used to hunt foxes. Today, however, they are more often than not family dogs.

Along with their liveliness, they are quite intelligent.

As with other dogs on this list, if they don’t get enough physical and mental stimulation, they will turn destructive. Training quickly starts to bore them, and they…

…start trying to train their owners instead.

These dogs can become excellent family dogs, but they require you to dedicate a great deal of time and attention to them.

self-assured, and you can often find them helping themselves to whatever you’ve left in the kitchen. You should always attempt to stay one step ahead of these dogs.

And now for the rudest dog breed in the world.

They are known for their distinctive wrinkled skin.

They are also very demanding dogs unfit for beginners. Owners the world over refer to them as the least favorite family dogs.

They get extremely attached to one person who should be an assertive owner. These dogs like thinking independently and doing whatever they want.

They must learn at an early age that you are the owner.

Rudest dogs have some traits that make them especially demanding and rude. They are disobedient, stubborn, and just don ‘t care about you.

Well, sometimes dogs just have to depend on themself to survive in the past. We could say that they didn’t have a peaceful past.

I point out the top 10 rudest dog breeds in the world and now follow quick overview.

Which are the rudest dogs in the world?

Now you saw a list of the top 15 most brazen dog breeds in the world. Are you surprised?

However, the previous list doesn’t contain all rude dogs and doesn’t need to be necessarily true. I would like to hear what do you think.

In this article, you could see the list of top 10 rudest dog breeds in the world. This list is made by research.

I know that there are many dog breeds.

However, it provides a great view of characteristics and some breeds that are known to be rude by animal lovers.

…rudest dogs are just pets and if you are a great owner and dedicate yourself to them, they can become great pets. 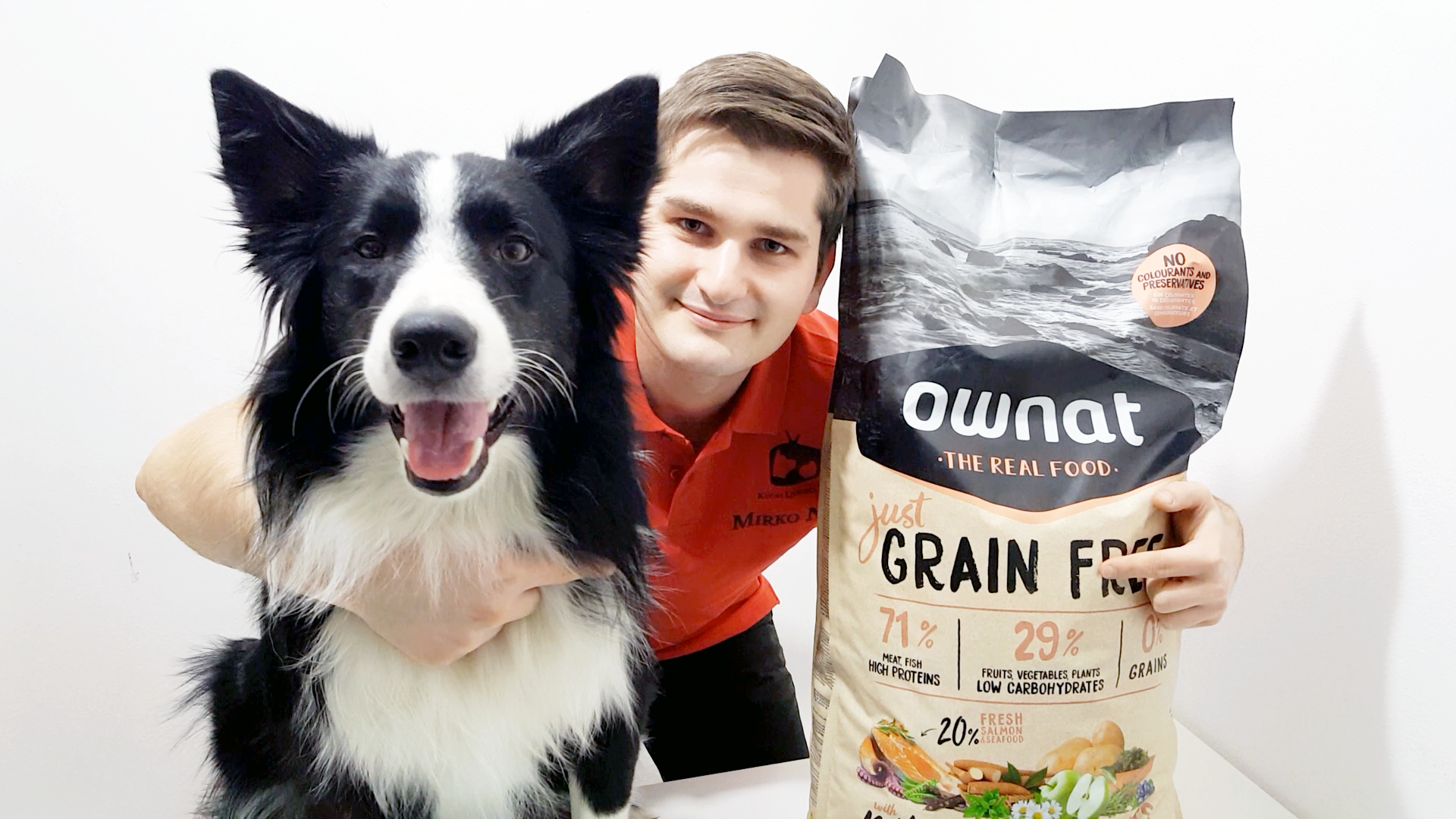 I’m a dog food judge. I specialize in examining dog food nutrition so that I can recommend you food that will preserve your dog’s health and extend his life. Good food will help you prevent dog health problems like obesity, diabetes, pancreatitis, gastroenteritis, nutritional imbalance, and many others. Also, by preventing serious illnesses you won’t have to pay huge veterinarian bill later.

Would you like to see worst dogs for beginners that give even experienced dog owners trouble? Here is the list...